Wow, the last two days of the Hour of Code were a whirlwind with students trying out lots of different coding options! 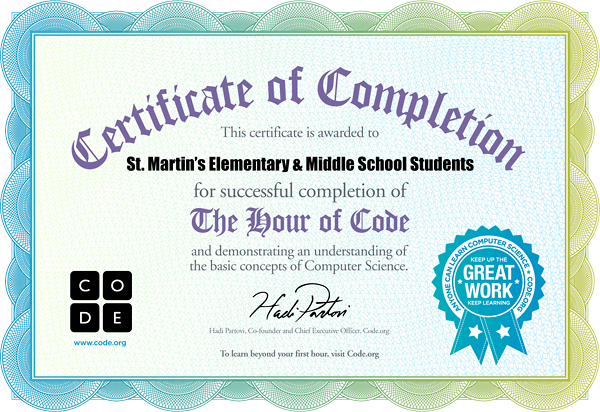 Kindergarten and 1st Grade continued their adventures with the Kodable app and WOW did they do an awesome job. Almost all students finished the If Fuzz Then Roll (If/Then) section of Smeeborg and some students even finished some levels of the Loopy Lesson section. We even had a few older students ask about being able to use iPads and use Kodable. 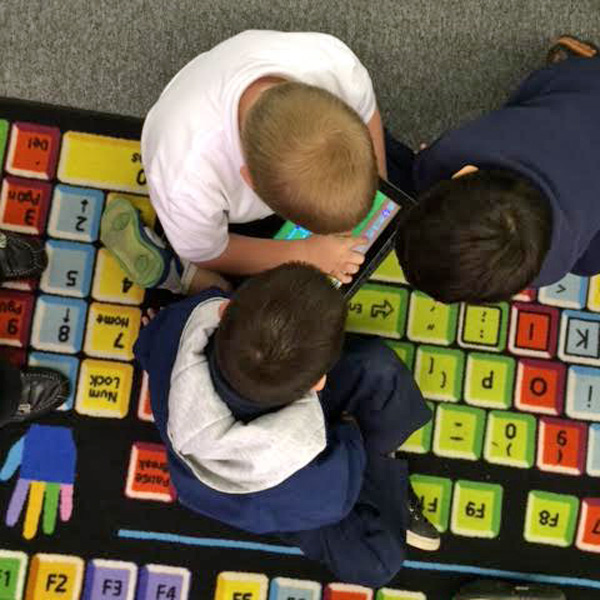 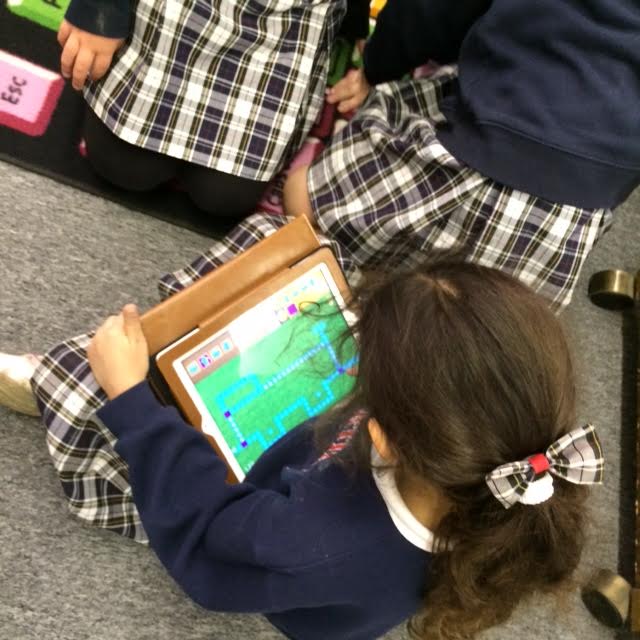 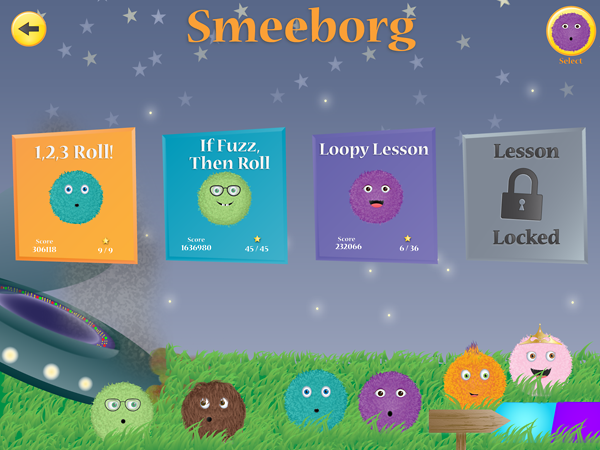 2nd Grade spent the day programming a robot on BotLogic.us. Some of the levels get quite tricky and just when you think you have it the robot ends up one square short of getting home! It was great fun to watch the students try to figure out how to fix the problems they had and those who got it were always eager to help others to get it, too! Have your 2nd Grader show you how it works and try to solve level 8 or level 11. Can you get it on your 1st try?

3rd and 4th grade students continued solving the mazes in the Code.org drag & drop programming option for Hour of Code learning about IF/THEN and repeat loops. As levels got harder, there were some frustrations trying to understand what to do to make it work. After reviewing the videos provided and sometimes with a little hint, students got at least most of the way through all 20 mazes.

5th Grade continued to work on their Interactive Holiday Cards using Scratch. It was fun to watch as sprites began to move and “talk” and spin and make sounds. I’ll be sharing these just as soon as they are complete (next week) so that you can see the results!

7th Grade students continued to work with MIT App Inventor making progress on their Android apps. There were still some issues getting the emulator started which provided some frustrations and a few “bugs” in some apps but progress was made by all. One of the 7th graders even completed all 4 of the apps for Hour of Code! The 7th Grade students will be sharing what they did and their actual apps on their Google Sites next week.

App development was also going strong in 8th Grade using TouchDevelop but this time all but one student was using their computer rather than a device. As 8th Graders finished their first app, most went on to create at least one more app and sometimes 2 or 3 more. When they had enough of app development, some of the 8th graders also tackled the mazes in the Code.org drag & drop programming option. 8th Grade will be sharing what they did with the Hour of Code on their Google Sites next week.

1st Grade, 7th Grade and 8th Grade got their first chance to participate in The Hour of Code today and we were trying lots of things in the lab that we’ve never done before!

Once I decided to have all grades participate in The Hour of Code, I knew that I wanted to use an iPad app with Kindergarten and 1st Grade. The problem was, we don’t have iPads at school – well other than some of the teachers’ personal ones. So, I set out to borrow enough that we could have an iPad available for each pair of students and YAY! we got enough for this to happen. Thank you so much to our school secretary, Mrs. Wright, Ian’s mom, and Diya’s mom for loaning their iPads for The Hour of Code.

1st Grade (and Kindergarten and 2nd, too) have been doing some pre-coding activities with Bee-Bot since the beginning of the year so the day started out talking about what programmers do and how they have been programming Bee-Bot. After this introduction, I told 1st Grade the story of the fuzzFamily and how they came to be on the planet Smeeborg and explained what they were going to do to help them explore the planet. Then it was time to try out Kodable! Oh what fun and great excitement when everyone got past the “pink” level as they called it. I am excited to see how far they will get in the app when they return for more on Thursday. 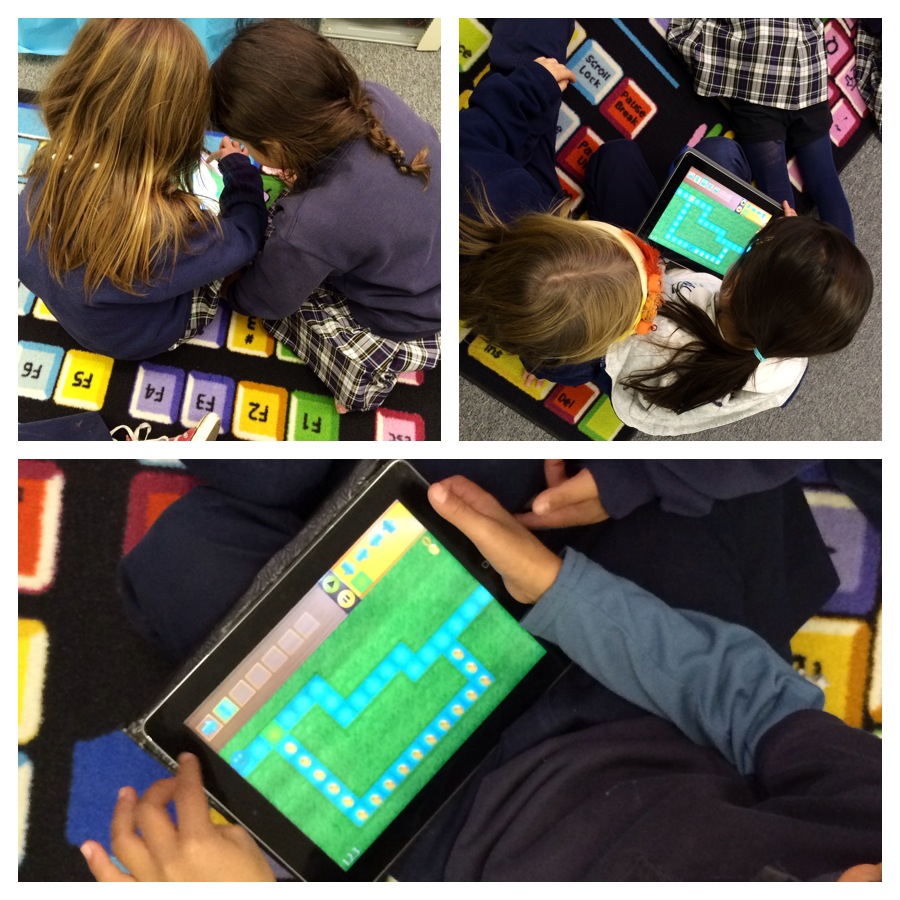 7th Grade watched The Hour of Code introduction video and discussed what coding is. They were then introduced to  MIT App Inventor and got to work programming their very first Android app! Everyone completed their app (even though bringing up the emulator is extremely slow) and will continue with the second version of the app on Friday when we should have at least one Android device to test them on. Fingers crossed that we can get this working (since it will have to be using a USB connection I think) – this should be great fun if it works! 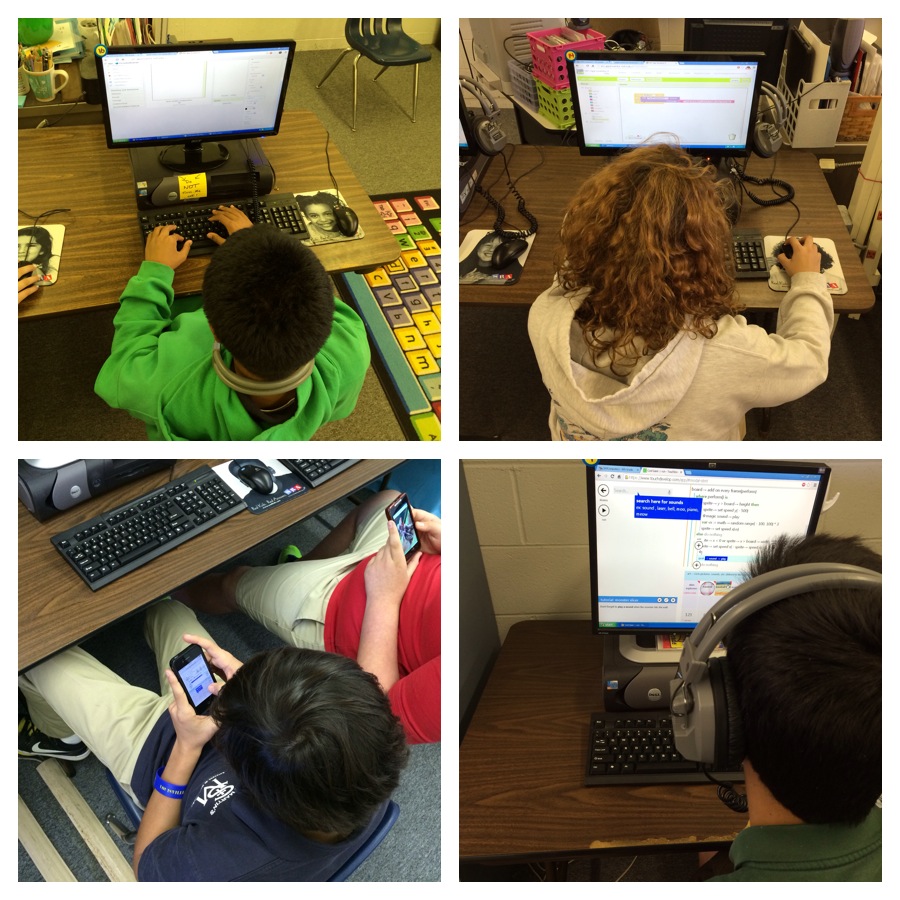 8th Grade’s class started with watching The Hour of Code introduction video and discussing what coding is. After this, the students were introduced to TouchDevelop. Our school has a no personal devices policy for students but the 8th graders were allowed to bring in their devices to use during their Hour of Code development. Half of them did bring in their devices though a couple of the students ended up using the computer instead of their device when they actually started to create their apps. It will be interesting to see who continues to use devices and who else may bring their device on Friday when they’re back in the lab for more. By the end of the class, we had a few completed apps and others who were almost done. Friday’s class will start off with a demo of some of the apps and they’ll be shared on this blog and the student’s Google sites once the week is over.